Adoption by homosexual couples in Greece? The conservative reaction

The Greek government does not miss a chance to prove its conservatism. Unwilling to face family as an ever changing institution, chosen by people to pursue their own happiness, the Greek government has not established the legal framework which would make adoption by same sex couples possible.

Its conservatism deters the government from facing reality: according to Greek law adoption by a single person is allowed. Individuals are not asked what their sexual preferences are, when they apply for becoming mother or father of an adopted child. The presented as “single” parent may be a homosexual willing to raise the child with their mate. As a result, the government's effort to maintain a traditional form of family, not suitable for all, results in having new forms of family, despite chosen by the individuals, out of the scope of law.


In other words, conservatives' effort to provoke traditional family leads to having new forms of family treated in an unequal way. The problem's cause is conservatives' unwillingness to face the new which individuals created, proving right Hayek's view that “by refusing to face the facts the conservative only weakens his own position”.
Αναρτήθηκε από Vivian Stergiou στις 2:35 μ.μ. Δεν υπάρχουν σχόλια:

Freedom of speech and "protection" of minorities

Wise people know that there exists no individual aware of everything, possessing the key- answer to every question. In order, for the individuals, to learn and evolve, a free market of ideas must be created, where one contributes with one's ideas and where one changes one's mind or strengthens one's arguments influenced by other individuals' knowledge transferred to the market.

Laws restricting freedom of speech in the name of minorities' protection are, in fact, a way for the state to establish a monopoly of deciding which ideas are bad or worthless or even harmful. In order to protect individuals from them, it vanishes them from the market of ideas, which is no longer a free but a centrally controlled one.

State's sheer hypocrisy is demonstrated by the fact that it prefers to control expression, in the name of minorities, whereas it is unwilling to create a free society of tolerance and acceptance, in order to eliminate discrimination against them. Greece provides an example here: governed by a government unwilling to recognize minorities' rights (Muslims, immigrants, homosexuals are treated against the equality principle) considers speech-restricting laws an expedient measure, so as to protect those minorities.
Αναρτήθηκε από Vivian Stergiou στις 6:26 π.μ. Δεν υπάρχουν σχόλια:

The Prime Minister’s declarations for free wi-fi connection come under the mantle of “growth”, but we shouldn’t buy. Once free wi-fi is provided, the companies which failed to win the tender will be swept from the market or grow significantly weaker as the demand for their paid services will be minimal.The lack of competition entails decreased investments and thus no technological progress is expected. The winning company will be disincentivised to make large-scale investments as a)there are no strong competitors to run behind b)there’s an increased uncertainty regarding the continuation of their activity(cronyism,corruption,other extra-market factors) which fuels predatory behavior.Furthemore,internet provider’s contraparte will be the government, establishing a state’s monopsony,which goes down to suboptimal outcomes for internet users: enterprises in the free market spend large amounts of money so as to individualize the preferences of the various costumer types.But when the state will stand for millions of internet users,unavoidably the “average costumer’s needs” rationale kicks in and the more demanding users among us won’t be able to find a product that best suits their needs.For the aforementioned reasons,contrary to what mr.Samaras holds,such a provision would impede “growth”,distort the market and lower the quality standards of provided services. 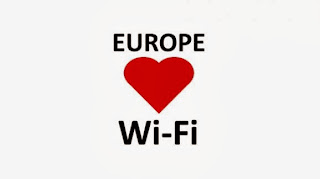 What can we accuse "Golden Dawn" of?

A liberal state protects individual rights. Theft, fraud or attacks against one's body or life are punishable. After providing one with a fair trial one can be convicted of such crimes. Members of “Golden Dawn” have been, among others, accused of crimes against property or life and thus being convicted of them (if evidence occurs) will be just. Being democratically elected does not affect one's capacity to be found guilty.
For example, it is not punishable itself to be the leader of a Nazi party, but it is punishable for the leader to ask the party's chief members to attack or kill another specific individual.
Democracy must deal with Nazis not by depriving them of their individual rights. Nazis must, as individuals, have the right to use hate speech, recruit people, converge or hope to the substitution of the constitution by their misanthropic “moral code”.


Democracy, on the other hand, can use only just weapons to fight them. Justice (quick and functional), freedom of expression and knowledge can isolate “Golden Dawn” from the liberal society, in which it does not belong.
Αναρτήθηκε από Vivian Stergiou στις 5:34 π.μ. Δεν υπάρχουν σχόλια:

In Greece a course named “religion” is not an optional one. A course mainly focused on orthodox-christian beliefs using manuals aimed to inform about christian god and traditions is compulsory and everyone must attend. Attending an orthodox-christian morning prayer is compulsory as well.
In order not to attend the above, one must provide the school with a written permission by one's parents in which one's beliefs are declared as non- christian ones.
Religious freedom involves the right not to declare a belief. Apart from declaring students are asked to have their parents' written permission not to attend a course aimed to teach only one religion's views on religious issues.


I consider school students to be individuals having their essential individual rights protected by the constitution. Thus they do not need permission for exercising them. Religion courses must be optional, while compulsory morning prayer has no place in a liberal democracy.
Αναρτήθηκε από Vivian Stergiou στις 10:17 π.μ. Δεν υπάρχουν σχόλια:

Free Wi-fi Over Greece: A provison or a threat ?

In his recent interview Greece's PM made a commitment for free Internet access over the country. In social media, this commitment met the derision of the public opinion within the context of the broader Greece's economic problems. But there are more interesting approaches.

A narrow approach would be that as the project is funded by European funds there will be no burden on the budget. So, why not take the money ? One could say that this way we're losing the big picture. From a free-market perspective, as the state becomes the sole internet provider, the private companies will lose average users as clients, stop improving structures and ultimately stop providing the service.

However, any public provision would not cover the entire country. The plan is to create wifi hotspots in targeted central places. Besides, the network's speed will be attenuated due to the fact that multiple users will be online at the same time. Never mind that a large number of websites will be blocked and a bandwidth limit could be imposed. The market will therefore not be affected even if the project eventually covers the whole country continuing to offer faster speeds and fewer restrictions at reasonable prices.
Αναρτήθηκε από Unknown στις 7:04 π.μ. Δεν υπάρχουν σχόλια:

As a law student I was introduced to this criterion by my professors, when asking which political speech is protected and which not. “Clear and present danger” test is used for that. If, for example, I give a speech against the government this is protected, however if this speech clearly incites a lawless action, advocating use of force, then it is illegal.
Most law professors will go as far as to this point. They will not elaborate on this criterion. Its history however is exciting. The test was introduced by Justice Holmes in 1919 in Schenck vs U.S. Schenck came in front of the Supreme Court claiming protection under the 1st Amendment. He printed leaflets against the government peacefully suggesting a change, using tough language. According to the court clear and present danger existed and Schenck was not protected under freedom of expression. The test was proven to be a trap in practice. When people needed the protection of 1st Amendment, Justices equated words with acts against the government and refused the protection.
In 1969 the criterion changed: all advocacy is protected, except for that directed explicitly to producing, and likely to produce, imminent lawless action.